We have come a long way since we started. Here’s a brief overview of our journey to date, including the inspirational role motorsports has played in our development.

Paul and Julie Connaughton share the idea of creating an outstanding respite centre for children and adults with special needs with David Barker Business Development Director at The Percy Hedley Foundation in Newcastle where James attends school.  This inspirational meeting starts our dream rolling of establishing an all singing – all dancing special needs village of our own.

Paul, Julie and James meet Nic and Anthony Hamilton with AMD Tuning.  Matt Westcott Motoring editor of the Northern Echo takes this lovely photo and writes inspiring story about James and Nic.  Nic later comments on Twitter “All of this hard work is also for times like this.  Inspiring others, whether disabled or able-bodied” and posts Matt’s picture of him and James holding hands.

Hamilton, 23, lives with cerebral palsy but has not let the disability get in the way of his hopes and aspirations.  Hamilton stopped and spent a minute or so with James, talking with him and shaking his hand. It was a simple but powerful act, giving us all hope for a more positive future – something that we aim to instil in those we support through our own charitable work.  “Never believe what the doctors say, never believe that your child is never going to do anything. I am sure Nicolas’ mum and dad were told the same things and he has proved them wrong.”  You can read Matt Westcott’s full article here 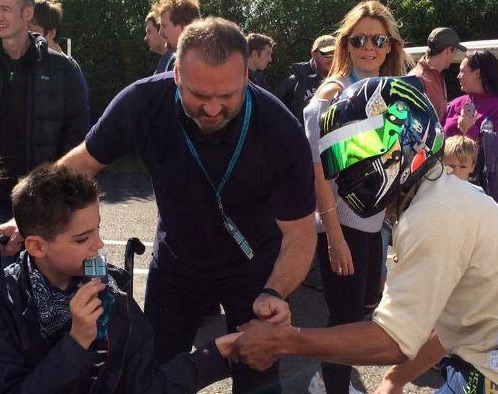 James, Paul and Julie meet the Hamilton’s again this time at Silverstone as they are working hard on making their dream come true, driven to inspire by Nic’s determination to do well in British Touring Cars.

Paul with his Mum and Dad, Pat and Dave Connaughton attend his sister Alison’s ‘Making Your Dream A Reality’ Workshop at Incredible Edibles. This is when he shared his and Julie’s dream to a room full of strangers and received a massive show of support. That week Paul, Julie, Alison, Pat and Dave scrutinised Paul’s idea of going public and all contributed to the development of a PR article. The media grabbed this with enthusiasm and Paul and Julie appeared in local newspapers and local radio sharing their dream. Now the search started to find the right property, with Lee Wardman from Wardman Brown appointed as Architect.  The media campaign received support from BBC Tees, followed by TFM, Star FM, The Evening Gazette, Northern Echo and Darlington & Stockton Times newspapers.

Paul and Julie are inspired by friends, family and complete strangers who give them the encouragement to make their dream a reality. Local businesses and wealthy individuals network the story which gains momentum and interest. Paul and his Mum Pat meet Paul Riggall from JBC Accountants who offers his expert accountancy and financial support whilst helping to further share our story.

Training for Ironman and Sponsorship

Paul is training to prepare for an Ironman Challenge with James to raise funds and awareness, receiving support from Under Armour through Paul Davison.

Paul, Julie, Andy Morris, Grandma Pat and Grandad Dave have an inspirational day with some talented 16 & 17 year old Health and Social students, our potential nurses, care workers and social workers. This was possible thanks to Lucy Bentley contacting us through Facebook. Lucy asks how she can repay us for our visit.  We ask her if she’d contact Dr Andrew Shovlin, Chief Race Engineer for AMG Petronas F1 Team who was a student at Conyers and had recently re-visited. She makes the approach through Roger one of the teaching staff, we sit and wait for the outcome.

First job of the New Year was to apply for charitable status. We should find out within 3 months. 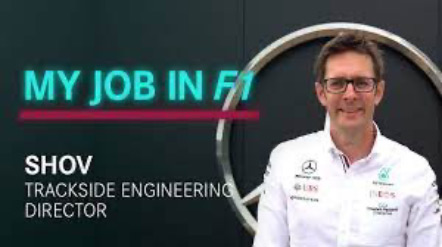 Dr Andrew Shovlin of Petronas F1 Team offers his support for our Motorsport Event at Wynyard Hall’s Grand Marquee later in the year. Our Ball at Hardwick Hall proves to be a roaring success and we meet Andrew and Rebecca Diston who pledge their support to help with future events.

JPC Community Farm is awarded Charitable status which is a very proud moment in the projects history. George Hamlyn joins JPC and helps Paul and Julie launch Teesside’s Largest Prestige and High Performance Car Event and Evening Ball at Wynyard Hall’s Grand Marquee to be held later in the year.  He immediately secures 3 Bentley cars through his son Nigel who works at Bentley GB in Crewe. Nik Boddy from JCT 600 Bentley Newcastle is the first to sign up for our day and evening ball. Jeremy Simpson of Sytner Merc Benz Teesside also offers his support as do virtually every other Prestige and High Performance dealership. Andrew and Becca Diston help with Classic and Vintage car contacts. Andy and Tania Davison pledge to help with Rally car contacts and all hands are on deck to make this event spectacular.

Paul and Daniel Gibson of Gibson Motorsport our local Motorsports heroes provide valuable support, confirm their attendance and offer to bring along their McLaren P1 GTR as our main attraction. Tiff Needell confirms as our second special guest for our motorsports event. Paul and Julie are nominated as finalists and the first couple for the Inspirational Parents awards for the Remembering Rebecca charity.

We meet Jeff Breen from Cornerstone Fundraising who helps arrange a meeting with Kevin Appleby of BEST (Bespoke Supported Tenancies Ltd).  Stuart Myers confirms appointment of our first Patron.  It is a very proud moment to be associated with a very motivational man and inspirational public speaker who was born with no arms. We also meet Brian Trinity of Trinity Car Solutions who amazingly donates a Phase 1 Peugeot 205 1.6 GTi as our star auction prize for our forthcoming event.

Pivotal meeting with Jeff Breen of Cornerstone Fund Raising and Kevin Appleby from BEST (Bespoke Supported Tenancies Ltd). Kevin is blown away with the JPC Community Farm project. He felt the presentation and project were ‘Flagship quality’ and wants to head back to London to ascertain if his funders want to meet us. 48 hours later we get the green light from Kevin, and the funders want to meet in London early July. Happy Days. We identify Thorn Tree Farm near Stokesley as a suitable location for our project and the owner loves our project. 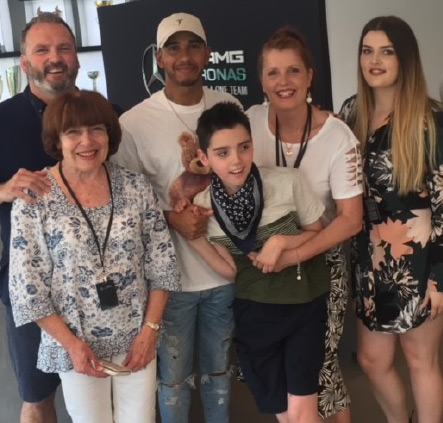 Paul Riggal of JBC Accountants heads to London along with Julie and Paul to meet funders Dimitrios Hatzis of SLIL (Supported Living Infrastructure Ltd) and Kevin Appleby of BEST at St James Place London. Dimitrios and Kevin want to fully support JPC and give green light to offer full financial support to purchase Thorn Tree Farm. We couldn’t be happier, nipping ourselves to see if this is really happening.  It is truly an historical moment in the JPC Project which is now no longer a dream. To raise funds for our project, Paul completes his Ironman Challenge with James which includes a 1.2 mile swim with James attached to a dinghy at Bannatynes pool Ingleby Barwick, then a 56 mile bike ride as part of Stockton’s Sportive Cycling event, finishing off with a 13.1 mile half marathon supported by friends and colleagues.

Following on from this, motorsports has continued to play an important role in helping us raise funds and profile as well providing additional opportunities to enable us to support people with special needs. 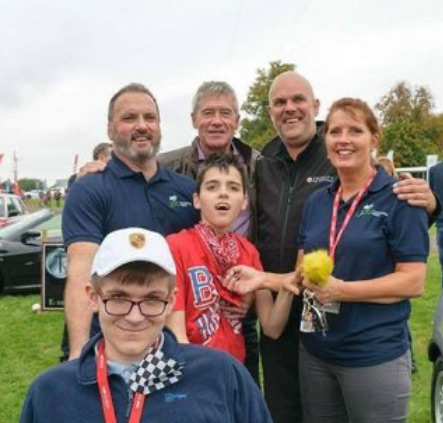 This was our first event at Wynyard Hall and proved to be very successful with support provided by motor hero Tiff Needell (Formula 1 Racing Driver, Top Gear and Fifth Gear Presenter) and Dr Andrew Shovlin.

Following the success of our motorsports event and the powerful impact on people with special needs, JPC Specialist Motor Sports Limited is incorporated as a limited company, wholly owned by JPC Community Farm, our registered charity.

In association with Stockton-on-Tees Borough Council, this family friendly event showcased over 30 sports and prestige vehicles. The Council are so please with the event and its success in brining life back to the High Street and negotiations soon begin to prepare next years’ event.  It is among the most attended events in the history of the Town Centre. 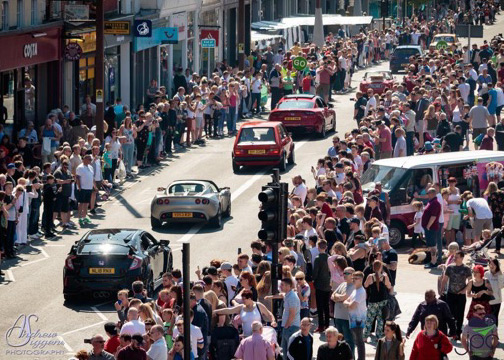 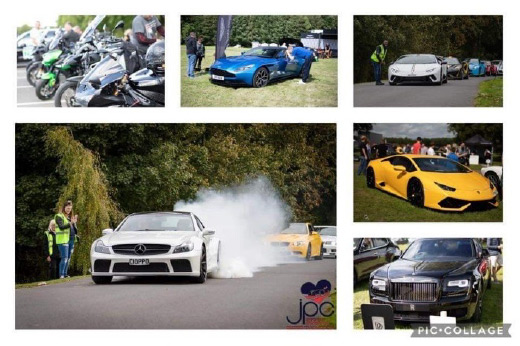 This spectacular event at Wynyard Hall is hosted by Tim Harvey, 1992 British Touring Car Champion, and double Porsche Carrera Cup Champion, with a Q&A with Dr Andrew Shovlin, Chief Race Engineer at AMG Petronas F1 Team, and John Cleland, British Touring Car Legend.  We also start a valued relationship with DriveNation who provided us with considerable support in planning and delivering our event.  Their friendship and support continues to this day.

Two very special young people were treated to a Dream Passenger ride and parade of super cars outside their home. 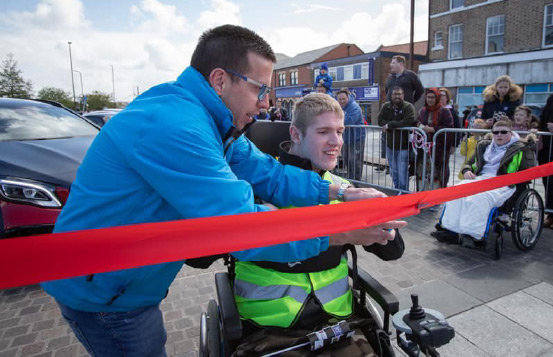 This time the event is even bigger and better and is supported by special guests from North East Legion UK to celebrate World Star Wars Day.  It is opened by Mathew, our first JPC Specialist Motor Sports Ambassador.

The event continues to grow with record crowds and the DriveNation Super Car Parade going down a storm, unlike the weather which was glorious! 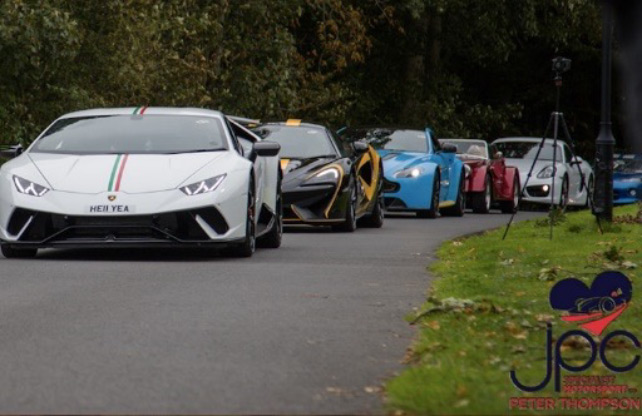 Despite our best efforts it was not possible to hold this event due to Covid-19. 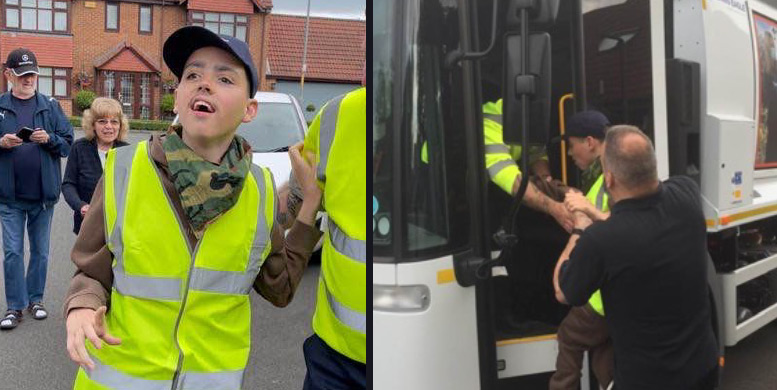 James has A Dream Ride

To celebrate James’ 21st Birthday, he is visited by a bin lorry for an extra special ride.

Despite the ongoing pandemic, this event is attended by over 6,5000 car lovers keen to see more than 300 prestige, sports, classic and vintage vehicles on display.  Paul also hears of the plight of a local young man whose mental health has deteriorated due to bullying at school.  He reaches out to the family to ask the young man to be JPC Specialist Motorsports first ever Ambassador.

Thanks to our friends at Aston Martin Newcastle, the young man is treated to a very special day for his 12th Birthday ending with him also becoming an Aston Martin Brand Ambassador – a lifechanging moment! 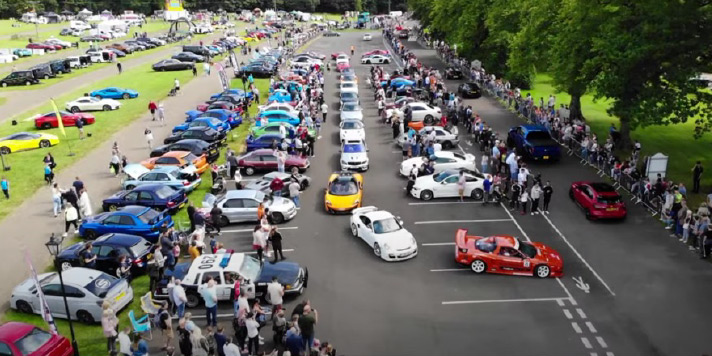 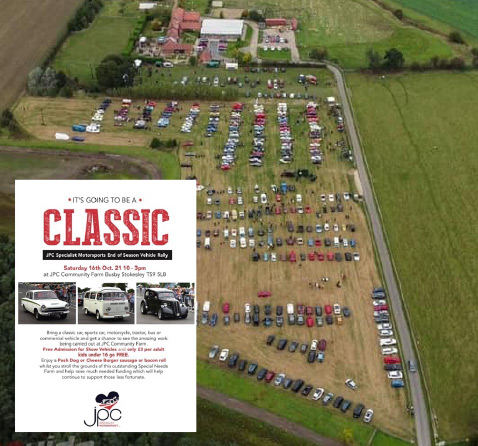 With just four weeks’ notice, we held our first ever motorsports event at our own premises with over 350 vehicles on display.  The purpose was to raise awareness and funding for our farm.  We were so overwhelmed by the response that we are planning two further events at our premises next year, during May and September.

Be part of our future and new home at Croft Racing Circuit next on Saturday 9th July 20222.

Get in touch to be part of the next stage in our amazing Motorsports Journey.